Me and AT have been discussing for a moment now the possibility that I help him moderate the blog. I just recently accepted, not without warning him that unintended consequences might follow. We shall see them in due time. 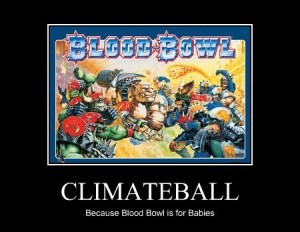 A comment on last thread provoked the beginning of my service as a moderator. The comment, in my opinion, contained a personal attack. Let’s recall AT’s rule:

I would like to see avoided are vitriolic, unpleasant, personal attacks. As they say, play the ball not the man/woman.

I will focus on this single rule: play the ball. Here is an example of something I would moderate:

Doug says he hopes you will research things more thoroughly – he’s probably not familiar with the style of your blog.

The first version of this post contained many examples, but the fantastically new WordPress Dashboard swept them all. I’ll try to provide more examples in the comment thread. If I’m lucky, my explanation will be as rock solid as NHL’s Department of Player Safety; cf. the videos for the explanations.

My main objective is to collect examples. (You know me, I like to do that.) I expect you, dear ClimateBall ™ player, to play the man even if I’m telling you to play the ball. That’s OK. I accept this, but please don’t push it. At the very least, try to abide by Doug McNeal’s rule:

If you wish to be offensive in the comments, please make it funny, or true. Preferably both.

While I acknowledge my bias toward style, your mot juste may still be deleted. In any event, other ClimateBall players might appreciate the effort before I moderate it. (No, the example above does not meet that criteria.)

Some cases are clearer, some others are less so. Most rest on a judgment call, and my decisions are definitive. I can’t promise to backup your prose: this is your responsibility. I can only promise to delete every single sentence that tries to play the ref.

This applies to this comment thread. Don’t come here to whine about something elsewhere in the blog. You can contact me via @nevaudit or via my Contrarian Matrix.

To put it in tabloid terms, your enemy is you, or at least that bit of you you can’t stand. No wonder that we feel so attached to our enemies, that we can become so preoccupied with them. Just as hate can make you as obsessed with someone as love, having enemies is a negative form of bonding – attachment in a minor key.

ClimateBall ™ is a game. Games are supposed to be fun. Please keep that in mind next time that you, dear ClimateBall ™ player, try to side tackle your opponent.

Beware your spikes, and play the ball.

PS: This includes you, AT.

neverendingaudit.tumblr.com
View all posts by Willard →
This entry was posted in ClimateBall. Bookmark the permalink.

82 Responses to Play the Ball