It appears that I now have my very own Josh cartoon, currently being promoted on Bishop-Hill and Watts Up With That. I think I made an appearance in an earlier one, but this is the first to focus only on me (I think William Connolley has a pithy comment about things being about him, but I can’t quite remember it). It’s this kind of gentle joshing (see what I did there) that makes me feel as though I’ve finally been accepted as part of the climate science blogging community. I get the feeling that the intention of the cartoon was to be explicitly insulting, but I guess I can interpret it any way I like. Also, I did find it a little amusing. If you can’t at least have a laugh now and again, there’s not really much point in being involved in these kind of things. The only thing that confuses me is how Josh knew what I looked like.

Maybe the most ironic aspect of this is that I think it relates to a discussion between Andrew Montford and myself in which Andrew had rather a large sense of humour failure when I was a little more robust (honest?) than maybe I should have been. By should have been I mean if I wanted to avoid annoying Andrew, that is. Even discussion is not quite the right word as it mainly involved Andrew being defensive and then getting cross. I guess if you don’t really know what you’re talking about, but don’t want to admit it, then that might be the only way to engage in such exchanges (ooops, is that a little too robust again, sorry).

Anyway, I guess the only thing I need to decide now is whether or not to print this out and put it on my office door. 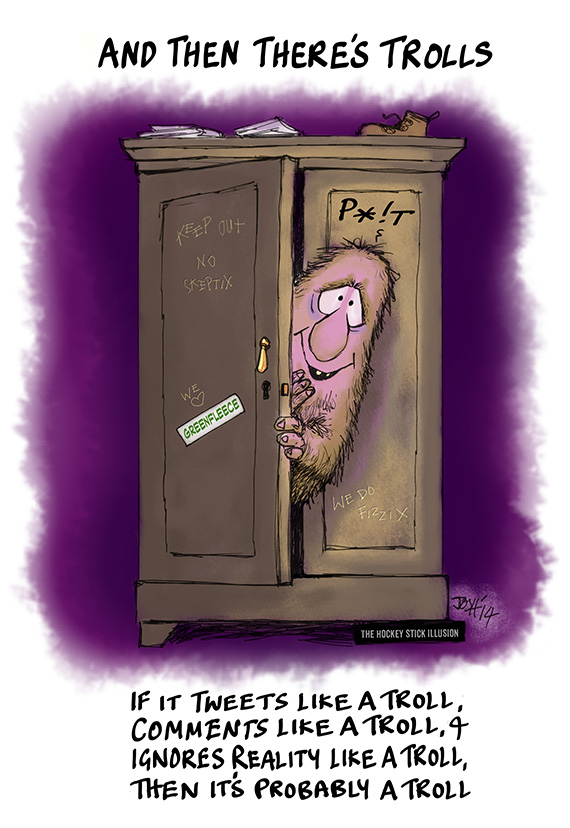