I thought I would update my Bayesian climate sensitivity estimate, given the comments I received (peer-review in action). Based on James’s comment, I’ve removed the noise term and am now using the aerosol forcing as the forcing uncertainty. Based on Paul’s comment, I’m using the CMIP5 RCP forcing data, which you can get from here (Specifically, I’ve used the RCP6 forcing data). 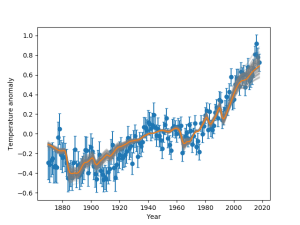 where the upper box is the ocean’s mixed layer and atmosphere, and the lower box is the ocean down to 2000m. I’m going to be lazy and not describe all the parameters and variables, which are described in my previous post. I’m fitting my model using Markov Chain Monte Carlo, which I’m doing using a python package called emcee.

Below is a corner plot showing the resulting distribution for the parameters. The parameter

is essentially an intial temperature difference between the two boxes,

represents the exchange of energy between the two boxes, and

is the heat capacity of the upper box. 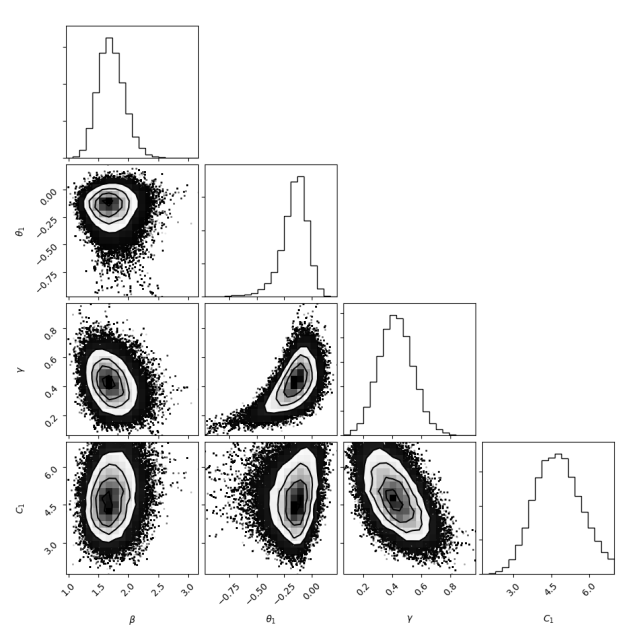 The table below shows the results for the Equilibrium Climate Sensitivity (ECS), Transient Climate Response (TCR), ECS-to-TCR ratio, and the heat capacity of the upper box. Since the

value seemed a little high (the medium is equivalent to about 150m of ocean), I repeated the analysis, but used a fixed

(67m). I should also make clear that the ECS here, is really an effective climate sensitivity because the model assumes a constant 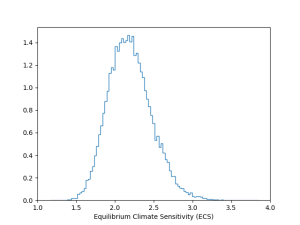 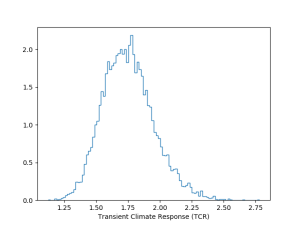 This updated analysis has narrowed the range for both the ECS and TCR, and brought the upper end down somewhat. However, the median estimate for the ECS is still above 2K, and the lower limit (15th percentile) is still close to 2K. The figures on the right show the resulting ECS and TCR distributions.

Having now updated my analysis, I will probably stop here. I do have some other work I need to focus on. James has suggested that he is working on a similar analysis, so it will be interesting to see the results from this work and how it compares to what I’ve presented here.

Update:
As per Peter’s comment, I’ve redone the analysis using Lijing Cheng’s OHC data, which starts in 1940. I’ve also assumed a constant heat capacity for the upper box of

. Below are the figures and a table showing the results. I’ve also just realised that I forgot to correct the units on the OHC plot; it should be J, not ZJ. 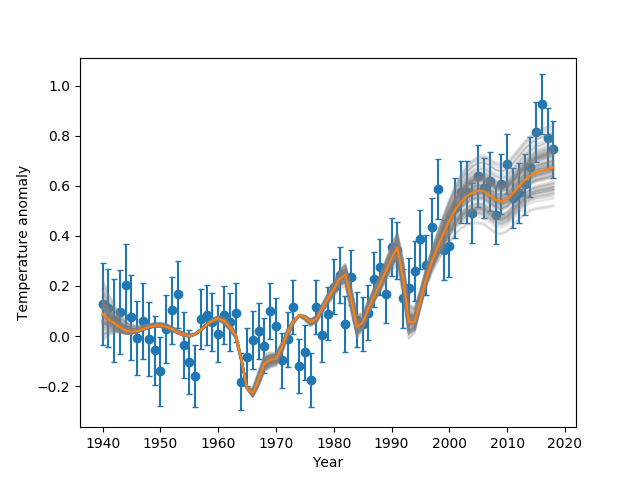 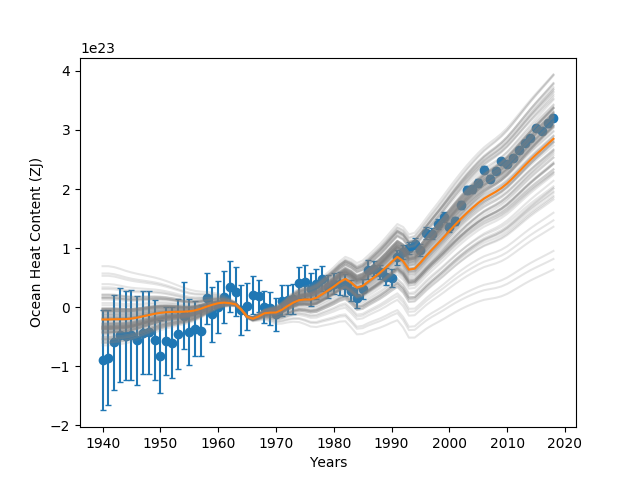 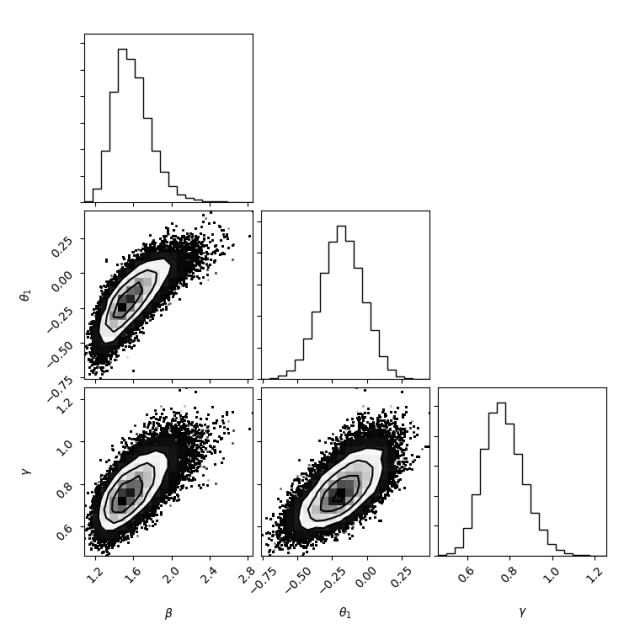 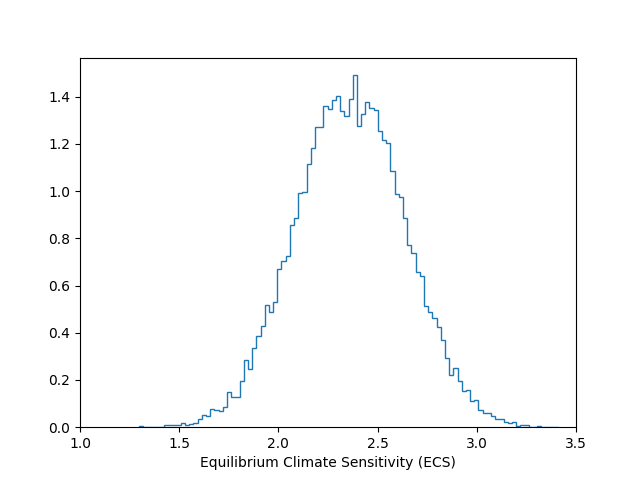 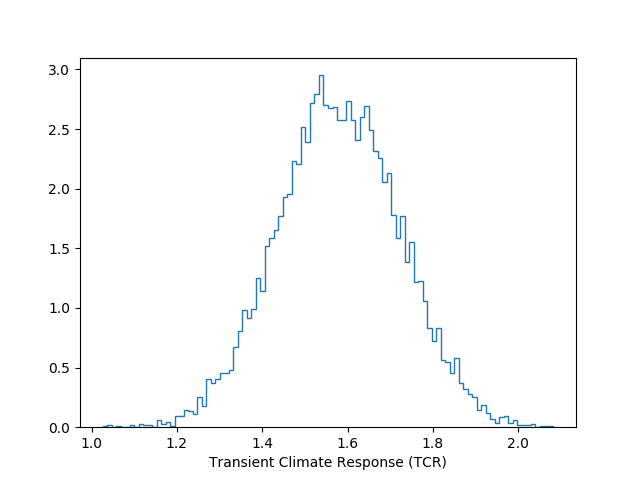 Update number 2:
I had forgotten that I meant to mention that I’d had an email from Philip Goodwin who has also done similar analyses. For example, in this paper that I actually discussed in this post. There is also a recent paper by Skeie et al. (2018) that also uses MCMC, as does this paper by Bodman and Jones.